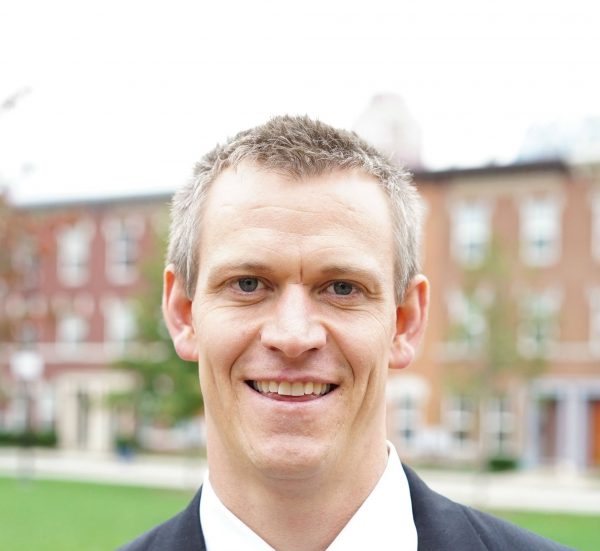 One of the first questions I get is, “what does Metanoia mean?”

I’ll tell you more about that below, but Metanoia is a Greek word that literally means, “changing one’s mind”.  It’s also used to mean “change of heart” or “transformation”.  It’s pronounced like paranoia.

Here’s the long version summed up in five bullets:

I have to set the stage before I get into the story of Metanoia Financial … so please bear with me a moment.

As a kid, I loved numbers, people, and strategy so becoming a financial planner seems fairly obvious in hindsight.

I did pretty well in school, but I thrived in Math classes.  I could play with numbers all day long and be happy.

On top of good marks in Math classes, I always received comments on report cards like, “very concerned with other children’s well-being”.  I like to think that’s because I’m compassionate, but my wife will tell you I’m just nosey.

I also love strategy.  Unfortunately, most of my time was spent strategizing how to win video games as a kid and not something more constructive.  I especially loved sports games where I could build teams – draft players, develop talent, purchase players in free agency, trade players, and ultimately try to maximize the value of my franchise.  Yes, this ensured my dating life was pretty minimal.

In college, I studied what makes people tick – Psychology.  I certainly didn’t plan it at the time, but this has served me incredibly well in my career.

My role as a financial planner is geared around building relationships with my clients, understanding what they are trying to accomplish, and protecting them from making poor (often emotional) financial decisions.

Understanding how cognitive psychology and behavioral biases factor into financial decision-making and investing has proven more helpful for the work I do every day than I ever could’ve imagined.

My first job out of college was at SunTrust Bank.  This was my first taste of finance and I loved it.

I tried to get into Wealth Management throughout my time at SunTrust, but then one day the opportunity walked into my door.  I was subbing in for another financial representative at a home equity loan closing.  As we were going through the loan documents, I learned that my customer was the manager of a Morgan Stanley office.

I shared my desire to build a career as a financial planner and he offered me an interview.  The door was open for the career I wanted.

I was intimidated, terrified of rejection, and fairly clueless about how to provide quality financial advice.  So instead of selling, I spent most of my time studying stock market history, different investment philosophies, and taking classes at night at a local college in pursuit of my CFP® designation.

I enjoyed 5 years at Morgan Stanley learning about financial planning and investing, earning my CFP® certificate, and developing life-long relationships with my clients, many of whom still work with me today.

Then, the financial world started to collapse at the end of 2007 and I was terrified.  I caught the tail end of the Technology bubble while I was at SunTrust, but this was my first experience of “losing money” for clients.

It was painful and I didn’t know what to do.  Everything I had read said to stay the course and be patient, but that’s hard to do when you’re responsible for someone’s life savings, especially when they’re retired.

Smith Barney didn’t know what to do.  They were owned by Citigroup at the time.  They weren’t worried about their clients.  They were busy negotiating a bailout from the federal government.

This was my first test integrating the logical, rational, cognitive side of traditional finance I was learning with the emotional, behavioral theories of psychology I studied in college.

This is when I became convinced that the most important aspect of investing isn’t investment performance, it’s investor behavior. Controlling your emotions, particularly fear, and making rational financial decisions in the midst of a market downturn is probably the most difficult, but by far the most important, skill to investing.

I wanted to become a more knowledgeable investor and financial planner.  I was also looking for a home that would support my current clients and help me find future clients, and then my phone rang.

I was recruited to Merrill Lynch on a few premises – 1) they had “real” training, not just sales training, 2) the vastness of their financial empire would allow my clients to have first-class access to any service imaginable, and 3) they were developing a referral system with Bank of America that would require less focus on “sales”.

It sounded perfect.  However, the training lasted 1 week and was almost entirely based on sales.  The financial empire was built on sand and about to go the way of Lehman Brothers.  The referral system was basically non-existent.

I was frustrated.  I had a naive belief that these large financial institutions were the good guys.  I thought they knew something the rest of us didn’t and that they could make a positive difference in the lives of their clients.

The financial world was diving deeper into despair and there were talks of the government nationalizing the banks.  This was pretty much the bottom of the stock market and the breaking point for me with large financial institutions.

This part gets a little personal, but hey if you’re still reading at this point, you may be considering working with me.  That will require quite a bit vulnerability on your part to let me into your financial world…so allow me to start.

As I mentioned earlier, Metanoia is a Greek word.  I first heard it in high school religion class and it was taught to me as “change of heart”.  It was the most beautiful word and concept I had ever heard.  I was pretty cynical then and didn’t really think people could change.

Then I met Jesus.  I always had an underlying belief that there was some god, some force, something out there, bigger than me.  But then I read the Bible, and specifically the stories about Jesus in the Gospels.

I was blown away.  Jesus was not who I expected Him to be and I was irresistibly drawn to Him.  As I began to know Him, trust Him and put my life in His hands, I experienced Metanoia myself!

This beautiful concept became a reality in my own life.  I was changed from the inside out and will never be the same.  Thank God!

Ok, so why Metanoia Financial.  I was already a financial planner and really enjoyed what I was doing.

However, as I mentioned I was working for large Wall Street firms and I was frustrated by the conflicts of interest and the fact that the focus was on sales rather than giving great advice to our clients.  Plus, I felt like these large financial institutions were largely responsible for the Financial Crisis we were experiencing (and paying for), and I was mad at them.

I heard about financial programs that taught Biblical principles through my church.  I took courses called Crown Financial and Financial Peace University and I was blown away by how much the Bible had to say about personal finance.  Again, I experienced a Metanoia…this time a financial one.

Now I had a vision.  I could continue doing what I loved by helping people develop strategic plans to reach their goals.  But now I could do it using Biblical principles instead of the conflicting principles I learned at the big banks.

So…I started Metanoia Financial to put the focus on my clients instead of the shareholders and executives at large financial institutions.  Now I can focus on helping people experience their own financial metanoia.

Metanoia Financial exists to help individuals and families create and implement a plan for their financial lives based on sound, timeless, common sense, Biblical principles.

If you’ve made it this far, then perhaps you’re ready to take the next step and schedule a 30 minute call to see if we’re a fit.  I look forward to hearing from you!

If this sounds like a team with whom you would enjoy working, read our commitment to always acting in your best interest.